The Golden Circle route connects Juneau, Haines and Skagway by ferry and highway. It spans 2 countries and takes in a UNESCO World Heritage Site. Last summer, The MILEPOST® editor met 3 women (Patty and Jesse Coleman and Ann Christianson) in Haines who had just biked this circle tour. This is their story.

My name is Patty Coleman and I live in Woodbury, MN. My daughters—Jesse, who lives in Fairbanks, AK, and Ann, who lives in Stoughton, WI—and I embarked on the adventure of a lifetime: biking the 375-mile Golden Circle. We took 3 new light-weight Trek bicycles, camping gear, a 2006 Subaru Forester with a bike rack, and Basil the dog (Jesse’s huskie-blue healer pup). The plan was for a 7-day trip, with 2 of us riding bikes while the third person drove. On most days each of us got to ride our bikes 30 to 50 miles, rotating driver and rider every 10 to 15 miles.

It began on a Sunday afternoon in August. Jesse had driven down to Skagway from Fairbanks, and Ann and I ferried up to Skagway from Juneau. It was late in the day when we finally set up camp on the north side of town. We bought groceries, made dinner and went to bed early, feeling a little apprehensive about the White Pass Summit we’d have to crest the next day.

Days 1 & 2: We did 62 miles on the first day of the ride into Canada. Ann and Jesse started the ride, pedaling up to White Pass (elev. 3,292 feet) from sea level at Skagway. Basil and I drove the car the first 20 miles. They said the climb was “totally doable.” What we discovered later was that the winds blow from south to north, so they had a little tail wind, which is awesome when biking. The border crossing into Canada was uneventful as we had our passports and Basil had her papers from her veterinarian. The only thing we did not anticipate was that the mileposts were metric, so we had to do some mental math along the way. [Editor’s Note: The MILEPOST® log of the South Klondike Highway includes both the kilometer figure and the mileage along the road.] Road conditions were good, with a nice wide shoulder and not much traffic. It was a beautiful day and a nice ride to Carcross, where we spent 2 days sightseeing and hiking. Basil the dog cooled off in Bennett Lake. The Carcross bakery makes great scones and chocolate-zucchini cake.

Day 3: It was a 48-mile ride from Carcross to Whitehorse and another 20 miles to Muktuk Adventures, a resort offering kennel tours. We had a good time with the old huskies and enjoyed our very nice log cabin with shower and beautiful views. We barbecued steak and had a bleu cheese and steak salad for dinner. Owner and former musher Frank Turner stopped by our cabin to let us know that a bear had been sighted and to be alert and watch our dog. Later that night we went to Takhini Hot Springs; the natural hot water felt good on our sore biking muscles.

Day 4: We rode 80 miles to Haines Junction. This part of the ride was hilly and we encountered headwinds for the first time on our ride. The day was sunny and warm, a good day to ride. We stayed at the Raven Hotel and ate at the local burger joint. We thought that both these businesses had their acts together. On most days we ate locally grown fruits and vegetables, home-baked goods and locally caught fish.

Day 5: The weather turned windy and rainy as we headed down the Haines Highway. We rode 53 miles to Million Dollar Falls campground, arriving cold and wet and ready to rest for the night. But first we had to scrounge up $12 CDN. Many miles from an ATM, we pooled our spare change until we had enough Canadian coins to put in a pay envelope that barely fit through the self-pay slot.

Day 6: We rode 60 tough miles in windy and rainy weather, climbing up Chilkat and Three Guardsmen passes. We decided to ride shorter distances, switching out with the driver every 7 or 8 miles. Then we reached the top and began the long downhill descent to Haines. Wow! A wonderful ride—fun even in the rain. After passing through U.S. Customs, we continued to the 33 Mile Roadhouse and overnighted in one of their cabins.

Day 7: It was still raining on the final day of our trip, but it was an easy 33-mile ride into Haines. We found a hotel and then visited the local brewery to celebrate the end of our trip. We had a safe, incident-free trip, which we attribute to outfitting our bikes with flashing red lights and wearing reflective neon-colored gear. Our support vehicle also had a sign in the back window alerting other drivers to bicyclists on the road.

The Golden Circle proved to be a ride not for the faint of heart, nor for the hardcore rider. It was somewhere pleasantly in between, with plenty of time and opportunity for taking in some of the truly beautiful parts of Alaska and the Yukon.

This Anchorage, Alaska, Park is a New Approach to Community

Where to Stay while RV Camping in Fairbanks, Alaska 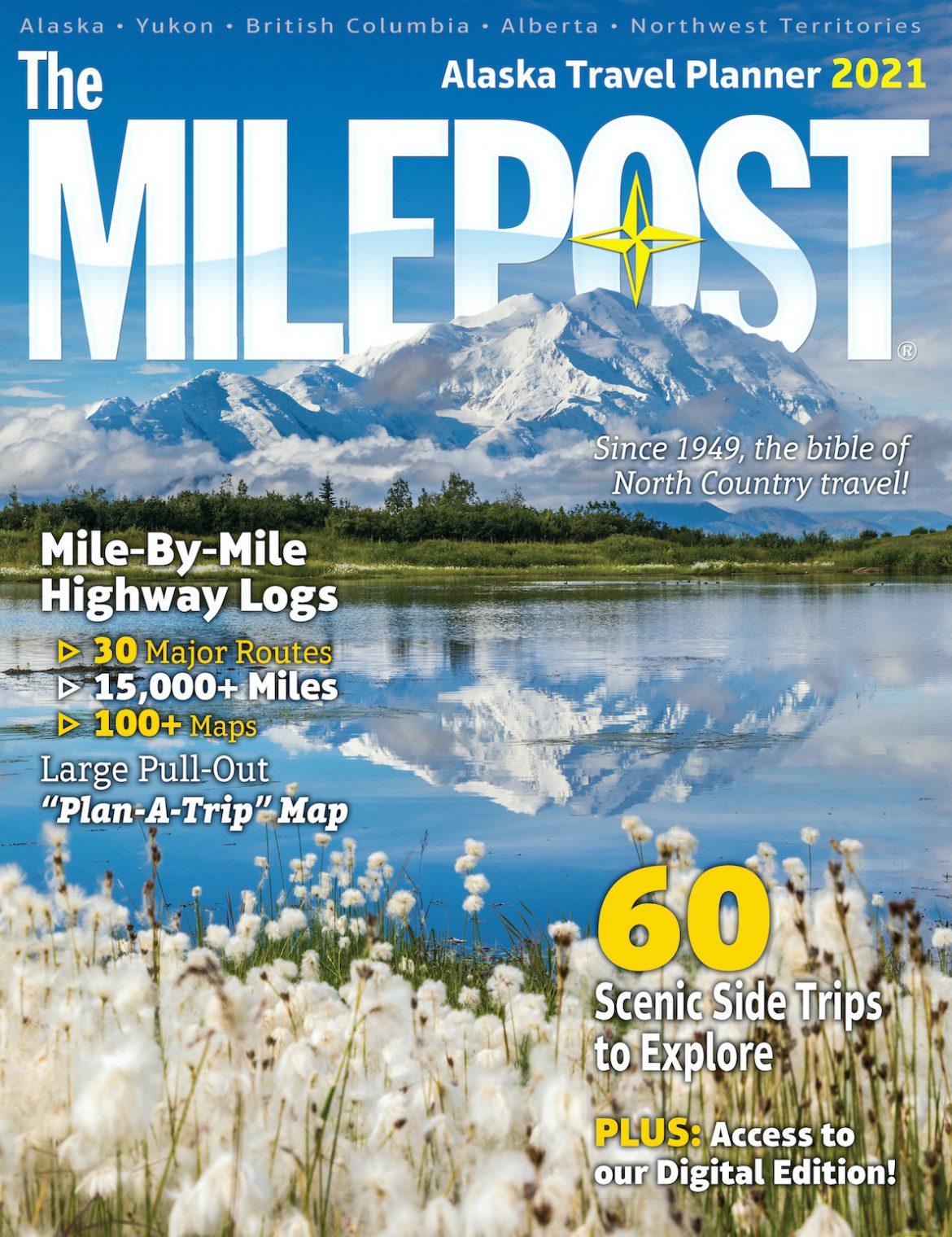